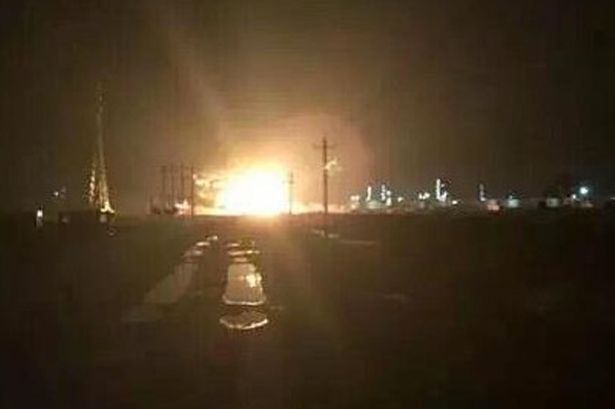 A massive explosion has ripped through a region in China.

Bright flames and black smoke were seen from what is thought to be a chemical factory this evening.

The explosion was seen and heard in the industrial zone of Lijin, Dongying City, in Shandong, just before 11.30pm local time.

It is not yet known if there are any injuries or fatalities.

The explosion was reported by the People’s Daily newspaper – the Communist Party-owned publication.

State radio also revealed that a single blast occurred at a chemical plant in the city shortly before midnight.

Videos of an explosion were soon shared across social networks, but it was later revealed they were from a separate explosion that occurred more than two weeks ago.