Christmas is a Pagan Holiday and not biblical! 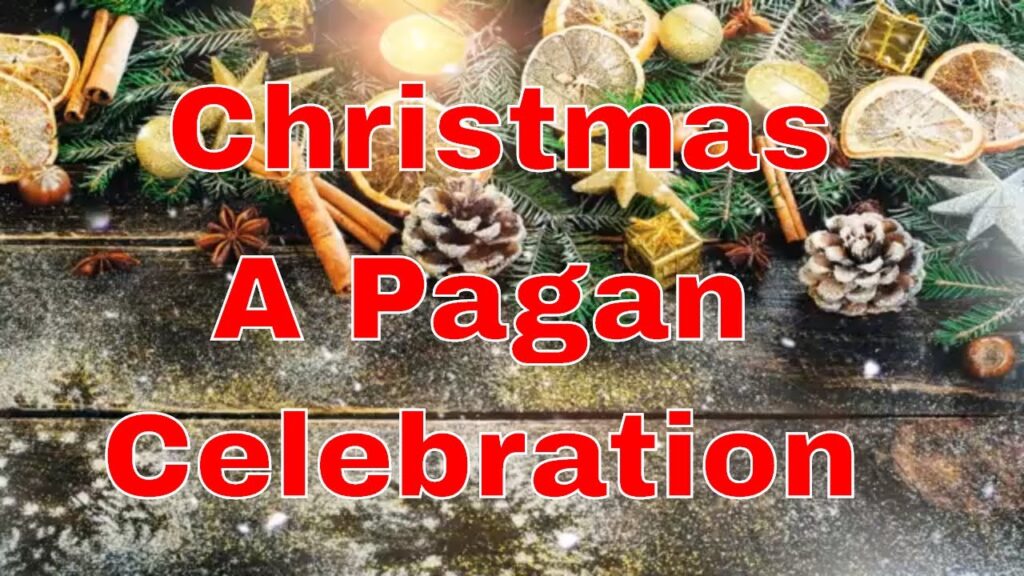 Is Christmas a Pagan Holiday? Is Christmas biblical? In recent years more and more people have become aware that Christmas is pagan and that we as Christian who are faithful to the Bible should not be celebrating it. But is this true? See what the Bible says about this matter.

God warned the Believers not to celebrate Pagan Holidays

Actually, YAH has forbidden people in the Bible several times to celebrate pagan festivals and to conform to their customs. The following Bible verses speak for themselves:

When the Lord thy YAH shall cut off the nations from before thee, whither thou goest to possess them, and thou succeedest them, and dwellest in their land; Take heed to thyself that thou be not snared by following them, after that they be destroyed from before thee; and that thou enquire not after their gods, saying, How did these nations serve their gods? even so will I do likewise. Thou shalt not do so unto the Lord thy YAH: for every abomination to the Lord, which he hateth, have they done unto their gods; for even their sons and their daughters they have burnt in the fire to their gods. (Deuteronomy 12:29-31)

In chapter Leviticus 18 of the Bible, God commanded the Israelites neither to adopt the pagan customs of the Egyptians nor to adapt to the Canaanites into whose land they were going.

In 2 Kings 17 it is described how the Israelite tribes of the northern empire were abducted from Israel by the Assyrians because they kept pagan customs and followed their statutes. The Bible says:

So we see that observing pagan customs does not please God and, in the case of the Israelites, had far-reaching consequences. By the way, the ten lost tribes of Israel have not returned to their land to this day.

In the following passage Jeremiah describes a pagan custom that is very similar to Christmas in terms of its customs.

Thus saith the Lord, Learn not the way of the heathen, and be not dismayed at the signs of heaven; for the heathen are dismayed at them. For the customs of the people are vain: for one cutteth a tree out of the forest, the work of the hands of the workman, with the axe. They deck it with silver and with gold; they fasten it with nails and with hammers, that it move not. (Jeremiah 10:2-4)

Christmas is a Pagan Holiday

The winter solstice is and was one of the most celebrated holidays for countless pagan cultures around the world. So it is no wonder that December 25th is actually not the birthday of Jesus, but the holiday of the pagan sun god Sol. December 21st, which fell on the same day before the calendar change from the Julian to the Gregorian calendar, was the highest day in the pagan cult of Mithras, which was in full bloom at the time of early Christianity. Other customs that were adopted from the Mithraism are still prevalent in the Catholic Church today, including the Christmas customs.

A list of the parallels between Mithraism and Catholic Christianity can be found here: https://en.wikipedia.org/wiki/Mithraism_in_comparison_with_other_belief_systems#Mithraism_and_Christianity

List of other Pagan Holidays that fall on Christmas

The Catholic Church itself has admitted that they set Jesus’ birthday on the feast of the cult of Mithra’s in order to convince the pagans of Christianity. And that’s just one of the many examples of this practice. That the actions of the Catholic Church have so ensured that paganism continues to exist in all facets of our society, contradicts the words of God commanded in the Bible.

Now some of you will be wondering which holidays they should celebrate now. The Bible also gives a clear answer to this. In Leviticus 23 God commanded the Israelites which festivals they should celebrate. It should be pointed out that there is no trace of Christmas or even Easter to be found. Therefore, these holidays are not biblical.

The early Christians did not celebrate Christmas, but the biblical Holidays

Even the early Christians did not celebrate Christmas, but rather the holidays that God had commanded them. And even Jesus himself celebrated the Jewish holidays.

Now the Jew’s feast of tabernacles was at hand. […] But when his brethren were gone up, then went he also up unto the feast, not openly, but as it were in secret. (John 7:2,10)

Now the first day of the feast of unleavened bread the disciples came to Jesus, saying unto him, Where wilt thou that we prepare for thee to eat the passover? And he said, Go into the city to such a man, and say unto him, The Master saith, My time is at hand; I will keep the passover at thy house with my disciples. And the disciples did as Jesus had appointed them; and they made ready the passover. Now when the even was come, he sat down with the twelve. (Matthew 26:17-20)

After this there was a feast of the Jews; and Jesus went up to Jerusalem. (John 5:1)

Contrary to what many people teach, Paul kept the Jewish holidays as well. See what the Bible says:

Purge out therefore the old leaven, that ye may be a new lump, as ye are unleavened. For even Christ our passover is sacrificed for us: Therefore let us keep the feast, not with old leaven, neither with the leaven of malice and wickedness; but with the unleavened bread of sincerity and truth. (1 Corinthians 5:7-8)

When they desired him to tarry longer time with them, he consented not; But bade them farewell, saying, I must by all means keep this feast that cometh in Jerusalem: but I will return again unto you, if God will. And he sailed from Ephesus. (Acts 18:20-21)

Holidays like Pentecost, which are described in the Bible, are only modifications of the holidays that God commanded the Israelites. They also fall on the same date. This, was also only an attempt by the church to distance itself from Judaism and to please the pagans.

Conclusion: Christmas is a Pagan Holiday and not biblical

In fact, there is not a single passage in the entire Bible where God tells people to celebrate Christmas. There is also no Bible passage that can be used to prove that Israelites or Christians celebrated Christmas. However, there is plenty of evidence that Jesus and the early Christians celebrated the biblical holidays of Leviticus 23, and therefore, we should follow their example. In fact, the prophets had already foretold that the Gentiles would celebrate the holidays and act according to the statutes of the Israelites.

And many nations shall come, and say, Come, and let us go up to the mountain of the Lord, and to the house of the God of Jacob; and he will teach us of his ways, and we will walk in his paths: for the law shall go forth of Zion, and the word of the Lord from Jerusalem. (Micah 4:2)

For as the new heavens and the new earth, which I will make, shall remain before me, saith the Lord, so shall your seed and your name remain. And it shall come to pass, that from one new moon to another, and from one sabbath to another, shall all flesh come to worship before me, saith the Lord. And they shall go forth, and look upon the carcases of the men that have transgressed against me: for their worm shall not die, neither shall their fire be quenched; and they shall be an abhorring unto all flesh. (Isaiah 66:22-24)