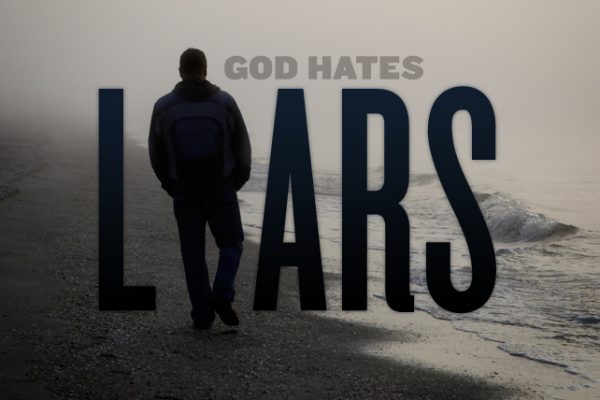 “As followers of Jesus Christ, the Truth incarnate, we are called to put away the old self with its practices, which includes lying.”

Deception, in one form or another, is a regular part of many people’s lives in our world today. However, much to the church’s shame, many Christians continue to give in to the temptation to lie their way through life as well. What does God think of this? Proverbs 6:19 includes on the list of things that God hates “a false witness who utters lies.” Why does God hate lying? And why does he not only hate lying, but liars as well? The Bible provides many reasons. Here are 12 of them.

Do not let kindness and truth leave you; bind them around your neck, write them on the tablet of your heart. So you will find favor and good repute in the sight of God and man (Prov. 3:3-4).

Lying lips are an abomination to the Lord, but those who deal faithfully are His delight (Prov. 12:22).

2. Lying reveals a lack of godliness.

3. Lying is a mark of an unfaithful person.

A trustworthy witness will not lie, but a false witness utters lies (Prov. 14:5).

4. Deceiving people in order to get financial help is worse than being poor.

The acquisition of treasures by a lying tongue is a fleeting vapor, the pursuit of death (Prov. 21:6).

5. Lying is often motivated by fear, which is contrary to love.

Then Abimelech called Abraham and said to him, “What have you done to us? And how have I sinned against you, that you have brought on me and on my kingdom a great sin? You have done to me things that ought not to be done.” And Abimelech said to Abraham, “What have you encountered, that you have done this thing?” Abraham said, “Because I thought, surely there is no fear of God in this place, and they will kill me because of my wife” (Gen. 20:9-11).

6. Hypocrites are addicted to lying.

Ephraim surrounds Me with lies and the house of Israel with deceit; Judah is also unruly against God, even against the Holy One who is faithful (Hosea 11:12).

An evildoer listens to wicked lips; a liar pays attention to a destructive tongue (Prov. 17:4).

8. Lying is a cause of unanswered prayer.

But your iniquities have made a separation between you and your God, and your sins have hidden His face from you so that He does not hear. For your hands are defiled with blood and your fingers with iniquity; your lips have spoken falsehood, your tongue mutters wickedness (Isa. 59:2-3).

9. Jesus called Satan “the father of lies” and the devil excites men to lie.

You are of your father the devil, and you want to do the desires of your father. He was a murderer from the beginning, and does not stand in the truth because there is no truth in him. Whenever he speaks a lie, he speaks from his own nature, for he is a liar and the father of lies (John 8:44).

But Peter said, “Ananias, why has Satan filled your heart to lie to the Holy Spirit and to keep back some of the price of the land?” (Acts 5:3).

Listen to the word of the LORD, O sons of Israel, for the LORD has a case against the inhabitants of the land, because there is no faithfulness or kindness or knowledge of God in the land. There is swearing, deception, murder, stealing and adultery. They employ violence, so that bloodshed follows bloodshed (Hosea 4:1-2).

You destroy those who speak falsehood; the Lord abhors the man of bloodshed and deceit (Psalm 5:6).

A false witness will not go unpunished, and he who tells lies will perish (Prov. 19:9).

But for the cowardly and unbelieving and abominable and murderers and immoral persons and sorcerers and idolaters and all liars, their part will be in the lake that burns with fire and brimstone, which is the second death (Revelation 21:8).

12. Truthful people will prevail in the end.

But the king will rejoice in God; everyone who swears by Him will glory, for the mouths of those who speak lies will be stopped (Psalm 63:11).

Truthful lips will be established forever, but a lying tongue is only for a moment (Prov. 12:19).

As followers of Jesus Christ, the Truth incarnate, we are called to put away the old self with its practices, which includes lying (Col. 3:9). Therefore, let us make this our prayer: Keep deception and lies far from me, give me neither poverty nor riches; feed me with the food that is my portion, that I not be full and deny You and say, “Who is the LORD?” Or that I not be in want and steal, and profane the name of my God (Proverbs 30:8-9).